I never thought of jazz and poetry as related. But apparently Polish trumpetist Tomasz Stańko does: His new album Wisława is dedicated to and inspired by the country's most prominent poet Wisława Szymborska. 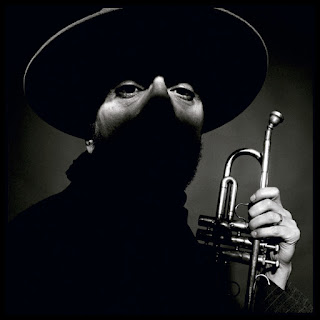 This week I went to see Stańko play at the Barbican with the New York Quartet. It was intense. And overwhelming. His trumpet meshed with the base, piano and drums into a mass of infinite sound ideas, which you could either try to decipher (and fail) or open yourself up to.

I closed my eyes and did the latter. 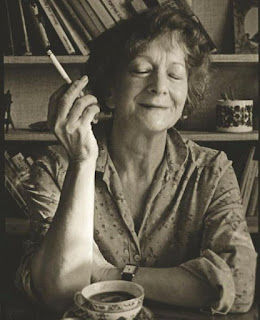 Thoughts That Visit Me on Busy Streets

Faces.
Billions of faces on the earth's surface.
Each different, so we're told,
from those that have been and will be.
But Nature - since who really understands her? -
may grow tired of her ceaseless labors
and so repeats earlier ideas
by supplying us
with preworn faces.

Those passerby might be Archimedesin jeans,
Catherine the Great draped in resale,
some pharaoh with briefcase and glasses.

An unshod shoemaker's widow
from a still pint-sized Warsaw,
the master from the cave at Altamira
taking his grandkids to the zoo,
a shaggy Vandal en route to the museum
to gasp at past masters.

One brought here in a golden carriage,
Another conveyed by extermination transport,

Montezuma, Confucius, Nebuchadnezzar,
their nannies, their laundresses, and Semiramida,
who only speaks English.

Billions of faces on the earth's surface.
My face, yours, whose -
you'll never know.
Maybe Nature has to shortchange us,
and to keep up, meet demand,
she fishes up what's been sunk
in the mirror of oblivion.

From Szymborska's last ever collection of poems, Tutaj/Here, translated by Clare Cavanagh.
Posted by Tomek at 12:24